You should write short stories because the most important way to build a writing career is to write a lot.

And it takes time to finish a complete novel which you can’t predict to bang on the first time you publish your first novel.

So it is better to write multiple short stories first to expand your audience and your expertise before you try to bang the big picture.

“Write a short story every week. It’s not possible to write 52 bad short stories in a row.” ― Ray Bradbury

How do you practice writing? Let me know in the comment section.

This was the question that led me to start this blog as well as to write ebooks on multiple niches such as productivity, goal setting, and self-help.

Learning experts like Geoffrey Colvin and Malcom Gladwell says if you practice at a task deliberately, you will improve far more quickly than if you just perform the task for fun and with no forethought.

I write short stories continuously and that too in multiple genre so I will stay in practice until I work on my big novel.

When you write short stories you become good at writing.

It is also a great way to craft your skills as well as you keep your mind active to think.

You just need to write as much as possible. It even can be anything. Even writing a simple journal will help you. But since you want to build your writing career you should always try to write some short stories each week.

If you can write one short story each day there will no one to stop you from becoming a great writer one day.

I once wrote a story and thought it was my best short story.

I thought that magazines and publishers will beg for my story.

I submitted to five different magazines including some online famous magazine, and they all rejected it. Again I sent to diffrent magazines and to some local publishers.

They also rejected it. Finally I understood that the story wasn’t good.

All the writers you can think of from Stephen King to J.K. Rowling had their work rejected initially. If you want to be a writer, expect rejection. It’s actually a badge of honor.

The benefits of writing short stories is that they allow you to get rejected sooner.

If you write a novel it could get years to complete, so does the rejection comes later.

With short stories you could be rejected sooner, maybe in weeks. Rejection is the best teacher. You will learn more about writing from having your works rejected than from years’ worth of writing course.

As John Keats said, “Failure is, in sense, the highway to success, in as much as every discovery of what is false leads us to seek earnestly after what is true, and every fresh experience points out some form of error which we shall afterwards careful avoid.”

3. Short Stories Can Make Your Career

The rewards for publishing in a leading literary magazine are huge.

It is not necessary to get your short stories published in a huge literary magazine.

However, it is one of the best way to quickly build your writing career.

Just take an example, if your story is published on The New York Times then it will be difficult for an agent or publisher to reject your manuscript.

Even publishing a story in smaller, obscure magazine shows publisher that you have experience and knows how the publishing process works.

Though in today’s era you can utilize social media, blogs, and self-publishing platforms to reach a worldwide audience. It will be easy in this digital age to build your career in writing than what it was way back.

By writing short stories regularly on your blog or by self-publishing you can build your career.

Even I started by writing Short stories only.

Click here to learn how to write short stories.

The first one performed terribly. Still I wrote another one. This time it bought sales and yes, money.

That was the starting point for my writing career. Even till today I post some short stories on my blog as well.

If you want to stay in practice you should create your own blog as well. Here’s the link to Bluehost.

4. Short Stories Can Make You Warm And Fuzzy

On top of benefits to your career, having an editor who reads thousands of short stories per year say they love your work enough to publish it is a pretty good feeling.

Imagine getting that email or letter and being able to tell all your friends and family you are now a published author.

Imagine your name in print for the first time, smelling the pages of the magazine, and knowing that thousands of readers are reading your story at the same time.

Would that be not worth it?

As I said earlier my first short stories collection was an ebook so I can’t smell the pages (Just kidding), I was damm happy about it when I found that my ebook is finally published and available online on Amazon.

That was the feeling you get when you publish your first one.

And the same feeling you can get when you write multiple short stories book or ebook.

And Writing short stories continuously will get you that in almost no time. If you write regularly some short stories you can publish more than two ebooks in a single month.

5. Short Stories Can Make You Money

You can even earn money writing short stories.

Many online magazines pay writers when they accept their short stories, and it’s always nice to get paid for doing what you love.

On top of that, whether you want to publish them in literary magazines or not, in the age of self-publishing you can turn them into ebooks and sell them on Amazon or through your personal website.

Here’s an article I posted on my blog on How to Make Money Writing Short Stories. Do check it out to know more in detail.

Short stories don’t necessarily have to be written from scratch.

If you are like me, you have a couple of half-finished novels collecting digital dust somewhere on your hard drive or on your smartphone.

Why not turn them into short stories?

After a little rewriting, editing, you can send them to literary magazines. You might be able to make some money, build your audience, and recycle your old work once and for all.

In 1925, Ernest Hemingway published his first book entitled In Our Time, a collection of short stories primarily about a young man named Nick Adams.

In the next years, Hemingway would write over twenty stories involving Adams.

He would become the prototypical Hemingway hero: courageous, stoic, and consumed by complicated relationship with women.

The remarkable thing is that nearly every protagonist created has roots in Nick Adams. In other words, the Nick Adams short stories were research.

By looking at one character from so many different settings and situation, Hemingway was able to “observe” him, to understand him, and to translate him into Jake Barnes, the protagonist of The Sun Also Rises, into Robert Jordan, from For Whom the Bells Tolls, and even into Santiago, the old man in The Old Man and the Sea.

If you want to develop deep, complex, vivid characters, the short story could be a good laboratory to experiment with them.

So it is easy for the writer to build an audience and also reach a wider audience who are not aware of you as an author.

Even some people started writing short stories on Facebook and generated buzz even before they publish their novel.

You can also start on the go by writing some short stories on Facebook and Instagram and build your online presence as well.

9. Because You Are A Writer

The best reason to write short story is because you are a writer.

You open up new world for your readers.

The short stories are one of the oldest art form in the world.

People were telling stories around the campfire long before they had means of writing them down.

Short stories are told every day all over the world. The amazing thing is that you get to write them down. This is your great privilege as writer, to capture the world’s stories and put them in form that can be shared around the world.

Publish Your Book for Free on Amazon

Get the free guide and publish your book on Amazon and make money online.

In this ebook, you will get a complete guide on how you can publish your Book/ebook on Amazon for free of cost and much more.

You will receive your ebook shortly in your inbox. 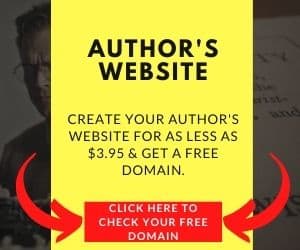 Want to know how you can use Instagram to grow your following and readership as an Author, then this Ebook is just for you.

You will get the ebook shortly in your inbox.